The film GOOD OLD CZECHS tells the story of two Czech RAF airmen, František Fajtl and Filip Jánský (real name Richard Husmann), and their odyssean journey across war torn Europe. In the film, the memories of the two airmen are brought to life through the voices of a pair of actors, of a similar age as the airmen were during the war, with their inner thoughts accompanying the viewer throughout the film. We follow them leaving occupied Czechoslovakia, the fight to save France, their subsequent escape to England, serving in the Battle of Britain, their transfer to the Soviet Union and support for the Slovak National Uprising before finally their return to liberated Prague.

The film is made purely from period film footage gathered from archives across Europe including material previously unseen. The authentic experiences of the pilots and the archive footage complement and underline each other making it possible to experience the story of both protagonists as if it were happening here and now.

The director sensitively transformed fragments from the airmen’s rich, post-war, literary work and, together with the editor Šimon Špidla, connected them in an original poetic way with archive footage and music specially composed, by the Slovak musician Stroon, for this film.

The film was produced by NOW Productions in co-production with Czech Television, Radio and Television Slovakia, Artichoke and KM Plus Media with the support of the Czech Film Fund and the Ministry of Defence of the Slovak Republic and support from private partners.

The distributor of the film in Czech Republic is PILOT FILM.

Co-operation on the script 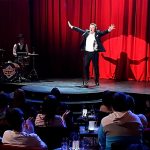